Menstruation is the common part of women's lives. Every woman has to go through the monthly periods with less or no concern. Some may face the problem of heavy bleeding, some may face pain and some may have complaints of light bleeding. Having discomfort during menstruation is normal. Women experience mood swings, swelling, pain, tiredness at the time of periods. If you are having time periods with normal blood flow, you are safe. If you are facing abnormal bleeding at different flex-intervals, you are at risk. Contact to your nearest gynecologist to consult about the symptoms, causes, diagnosis, and treatments.

Menstrual disorder or menstrual irregularities refers to a stage when women face the irregular condition of bleeding due to physical, psychological or other factors.

In a broader term, menstrual disorders have been divided into 4 types:

Here we will study the Heavy Uterine Bleeding disorder only as it is causing more pain, discomfort, and weakness. The diagnosis of heavy menstruation or Menorrhagia can be made if a woman is facing such symptoms like:-

Some reasons may be unknown but researchers have highlighted the common causes of heavy bleeding which are as under:-

Before undergoing any test or examination, your doctor will likely to ask you about medical history and menstrual cycles, you may be asked to pen down the number of menstrual days, the flow of bleeding or number of napkins used. Then you may have to undergo physical examination with one or more tests as listed below:-

Treatments for menorrhagia or heavy uterine/ menstrual bleeding will be offered only after evaluating the medical conditions and possible causes.

There are various surgical and nonsurgical treatments are available to stop the heavy uterine bleeding. Earlier, hysterectomy (removal of the uterus) was the only effective treatment but now medicine is also available to treat the menorrhagia.

The use of surgical methods will depend on the situation and medical issues of the women only.

Consulting with Nearby Gynaecologist in Gurgaon will help you to cure and control heavy menstrual bleeding. Females suffering from any menstrual disorders must visit and consult with the expert to have timely evaluation and treatments. 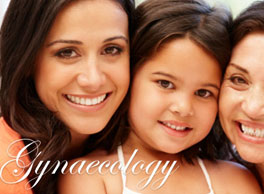 Best gynaecologist in Max Hospital, Gurgaon. I really thankful to Dr. Garima for take care of mine like a family member...

Thank you to you all for your kindness and support throughout my pregnancy and the birth of our baby girl.

I know I have you solely to thank for my daughter being here today based on your fast thinking and actions.

Chat with Us on
WhatsApp